The Spectre Mk. II for Next-Gen V2 GB is currently the top-of-the-range drop-in MosFET available for the recoil series with a broad range of features which made this the ideal choice for the customers requirements. Black Talon Concepts

Before carrying out any works we take a baseline set of measurements to judge performance gains against – such as velocity and rate of fire – this is also useful for checking faults at a later date. 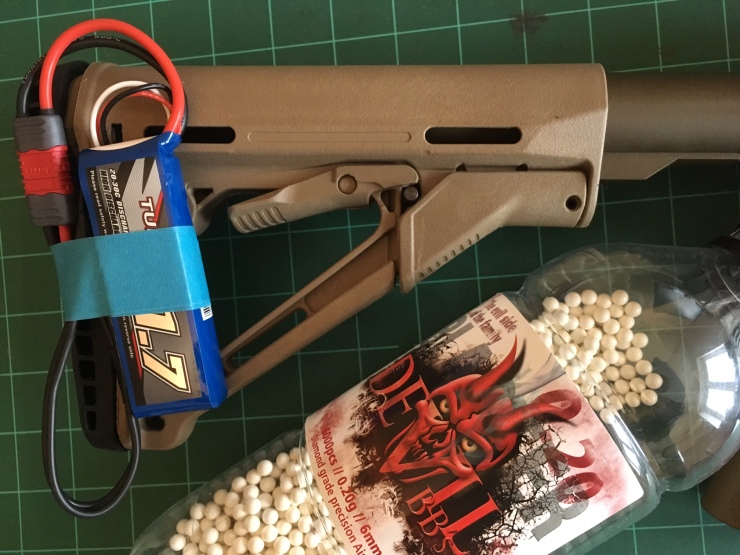 So here we can see a completely standard 416D running on a quality 7.4V Li-Po battery – in this instance using a Turnigy 20-30C Discharge model. TURNIGY Batteries

Chronographed on 0.2 BB’s this RIF put out an average velocity of 300 feet per second (FPS) and an average rate of fire (ROF) of 16 rounds per second (RPS) with a nice trigger response.

With this information gathered, we can now go ahead and strip down the RIF and install its new MosFET!

It’s worth pointing out, while we’re at this stage, how nice the original TM gears are. You can see from the marked line there is only 1/2 tooth of backlash in the gears, one of the reasons these RIFs sound so smooth – even if they’re not the toughest out there!

As part of BTC Spectre installation on this model, we radius some of the gearbox wire routes and shorten the two wire retaining pins. This is because on this model there are now three wires running in the channel as opposed to the original two and we do not want the wires being pinched.

One of the great features of the BTC Spectre is the redundancy of the cut off lever. By having a microswitch instead this eliminates the possibility of gearbox jams whilst in semi-auto. We did have to use a smaller diameter shim to stop the microswitch from fouling.

You can see the new Alpha wiring neatly installed above. 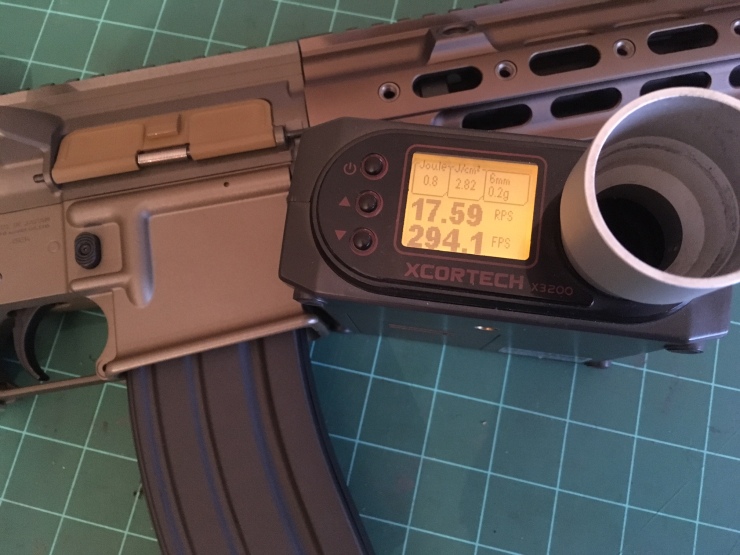 With the RIF fully reassembled we can test its performance again – you can see from the fitment of a quality MosFET and rewire we have improved the rate of fire (ROF).

This gain in ROF is all thanks to the way in which a MosFET can switch current, high quality wire and less connections in the system, giving lower electrical resistance in the circuit and therefore more voltage and current (amps) reaching the motor.

ROUNDUP: The addition of this one upgrade has given this 416D the following benefits…

As previously said the BTC Spectre offers a variety of other features that I haven’t touched upon in this blog.